Get to Know The Bocas del Toro Islands 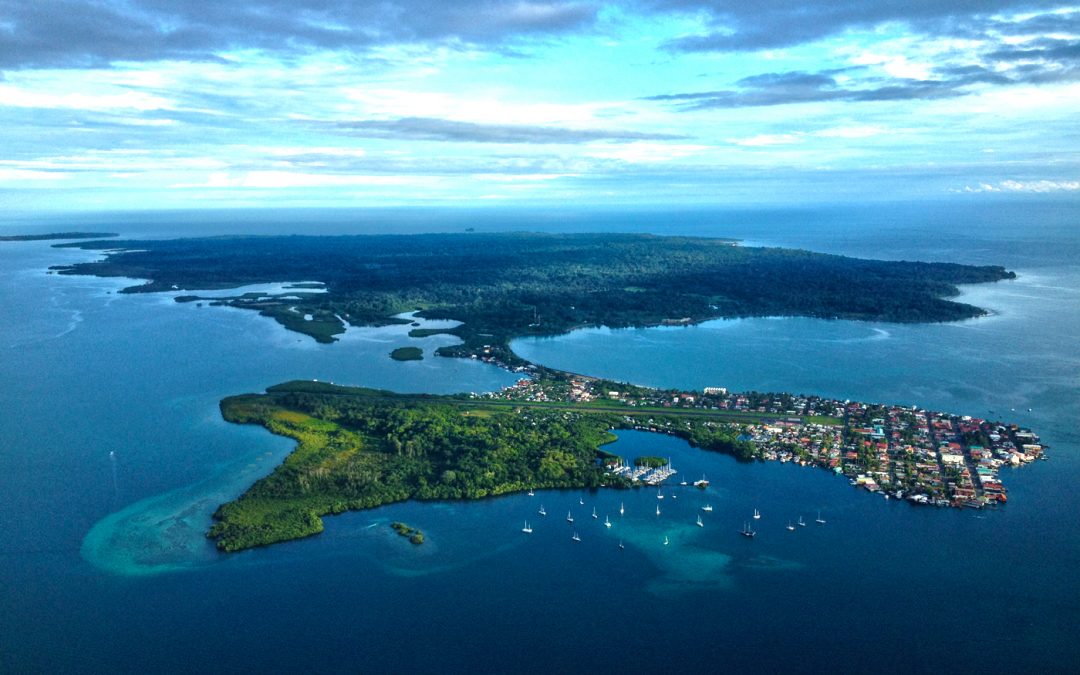 The Bocas del Toro Islands Are All Unique 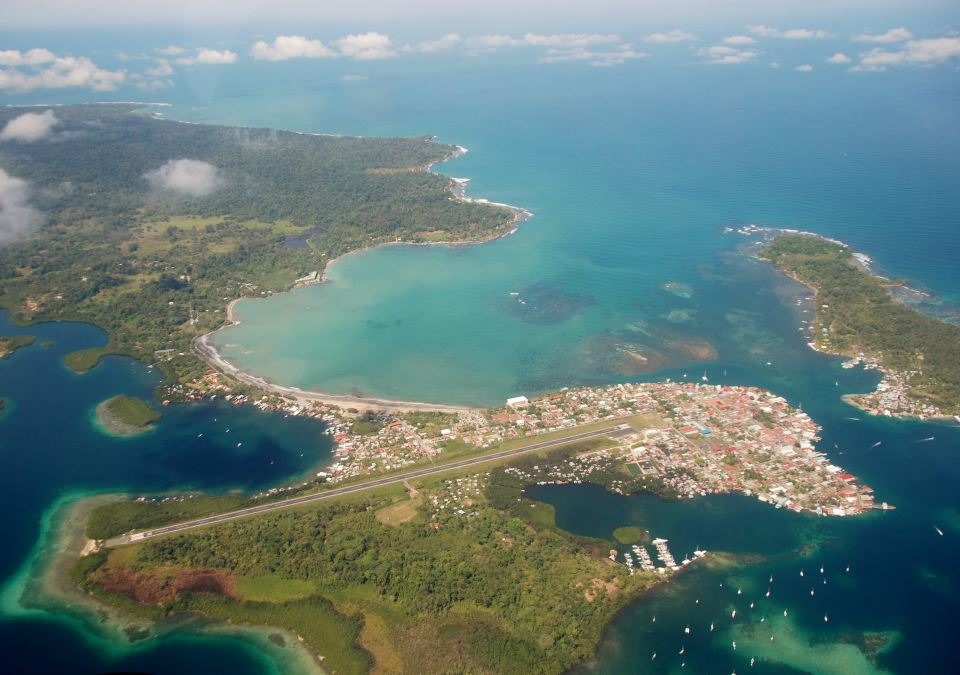 Isla Colón (named after Christopher Columbus)  is where most of the action happens in the archipelago. The international airport and all of the main water taxi ports, as well as the ferry port from the mainland are all found on this island. What you see in the photo above is the most populated area of all of the Bocas del Toro islands, however the majority of this island is thick jungle and is much larger than what is pictured here. It is connected by a small isthmus. Isla Colón has many restaurants, bars, nightclubs, bed & breakfasts and hotels. 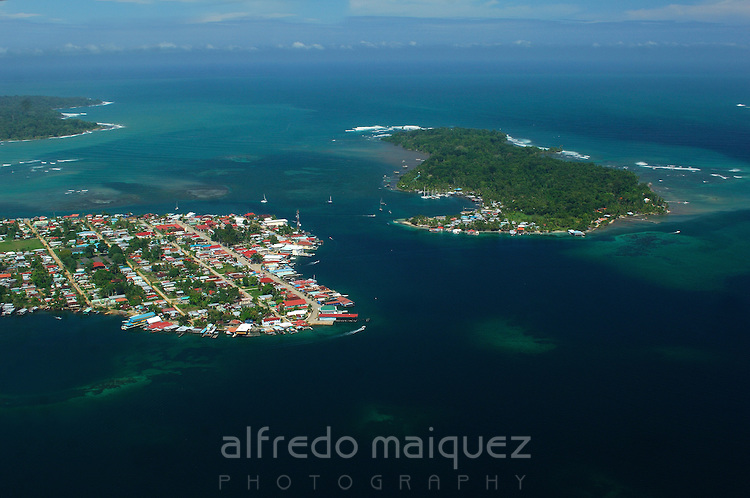 Isla Carenero is the little brother of Isla Colón, located a stone’s throw away (or a $1 water taxi) and is much smaller and more relaxed than its close neighbor. This is the least populated of the Bocas del Toro islands and is mostly known for its boutique restaurants, tiny hotels, a few restaurants and surf spots. From the backside of Isla Carenero you have an amazing view of both Isla Bastimentos and Isla Solarte. It’s a great place to get away from the hustle & bustle of town for a quick lunch or a sunset meal with a view. The interior of this small island is swamp, so there tend to be slightly more sand flies around sunrise and dusk. It is wise to carry a bottle of oil (which you can purchase locally) or some bug spray to save you from some discomfort during those times. 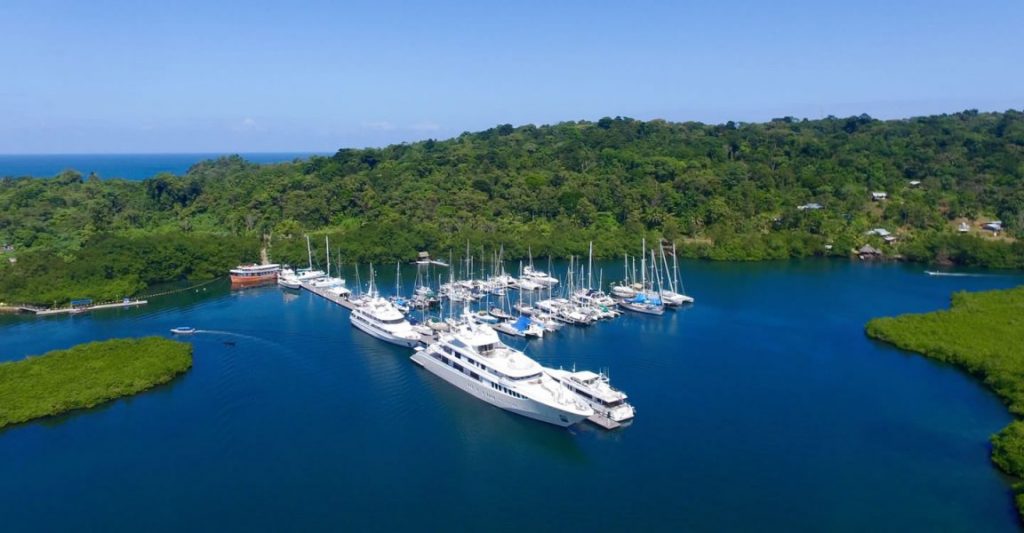 Isla Bastimentos (or “Basti” for short) has some of the most developed areas of Bocas as well as some of the most wild. The Red Frog Villas development is situated here which is a large complex of 2 to 7 bedroom villas with ocean views and a large marina which can accommodate sizable yachts. It is also home to a diverse population and unique Afro-Caribbean culture complete with its own dialect called “Guari Guari”. There are remote beaches and hiking trails throughout the interior of the island, but it is always recommended to travel in groups for safety and navigation. Some of the most stunning beaches in the archipelago are found on Isla Bastimentos. There are eco-hotels, tent lodges, and remote bungalows that can accommodate any traveler’s vibe and budget. There are also bat caves filled with wildlife and some of the rarest species of frogs to be found on Earth. Isla Bastimentos is a must see!

Isla Solarte is a less populated area of the archipelago located directly parallel from Isla Bastimentos. Aside from a few homes and small hotels, most of this island is dense jungle. There are some unique scuba diving and snorkeling areas around the edges of Isla Solarte, and some hidden coves that have been enjoyed for hundreds of years. Christopher Columbus’s fleet passed by here in the 1500s. One of the most historical features of this island is called “Hospital Point” and is an area where those afflicted with malaria were sent to be treated. There are still some concrete tombs that can be found on this island. Currently, there are many native Ngobe indians who live off of the land without electricity or running water. 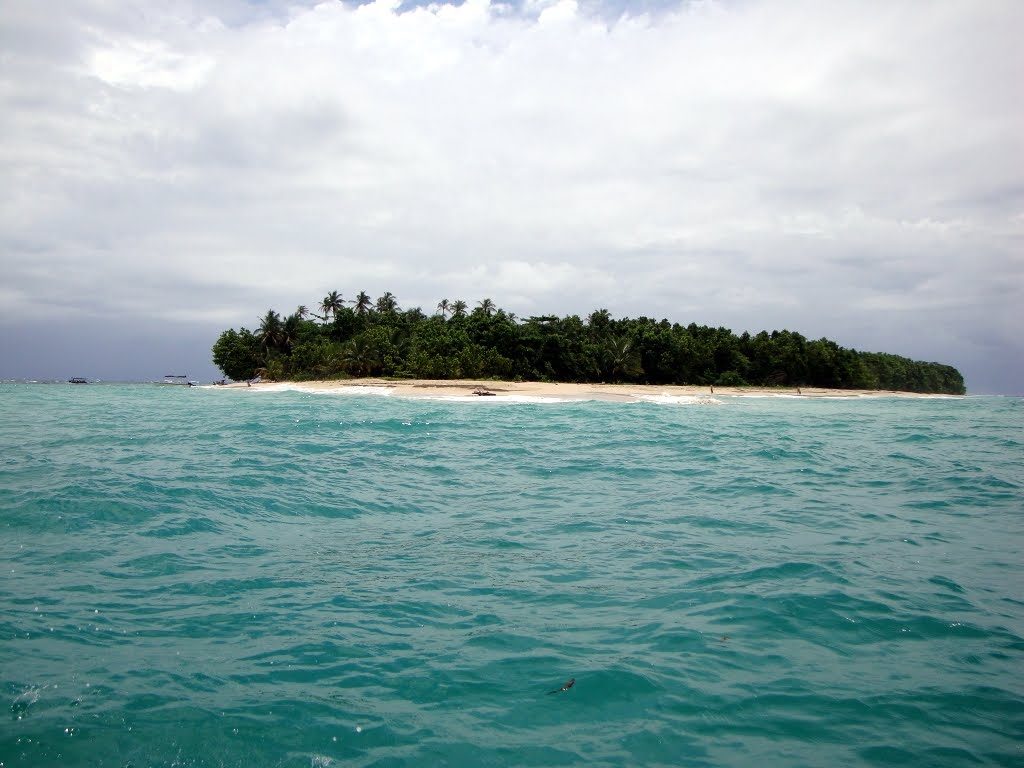 The Zapatilla Islands are a popular day trip due to their remote location and picturesque white sand beaches. This is the embodiment of the “lost on a deserted island” mindset, as they are both completely uninhabited. So, what top 5 records would you bring? While small enough to circumnavigate on foot, most people will find a shady spot and spend the day watching the water lap against the shore. These islands are not always accessible when there is heavy surf, but on a perfect day the water will be flat as glass and it’s an experience unlike any other Bocas del Toro islands can offer. Make sure to pack a lunch and plenty of water as there is definitely no restaurants or shops here – it’s just two tiny islands in the middle of nowhere. Zapatilla 1 is where most tours typically stop, so Zapatilla 2 is even more remote. Although you’re still in Bocas, a day trip out here will make you feel lost at sea.