How to Get to Panama City from Tocumen Airport (PTY) 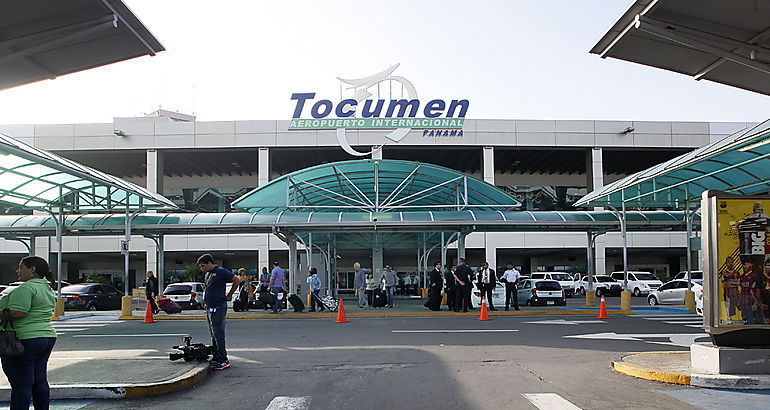 Getting into Panama City from Tocumen Airport (PTY) is quick and easy and doesn’t need to be much of a concern when planning your trip to Panama. The entire journey should take about 30-40 minutes depending on traffic, and the easiest way into town without prebooking is a simple yellow cab which can be found curbside at the airport.

Tocumen Airport is relatively small compared to other international airports, and you should be in and out fairly quickly. Sometimes the line in customs can be longer than usual, depending on the time of day and arriving flight schedule, but there is free airport Wi-Fi that will at least get you some entertainment until you are ready to get stamped in.

After you retrieve your bags at baggage claim (if you have checked luggage) there is one more machine you’ll have to scan your bags through which is checking for agricultural products and requires a filled-out customs form. Don’t forget to fill this out ahead of time to save some time.

If you don’t know the exact name or address of your accommodations beforehand (you should), make sure to the airport Wi-Fi before leaving the airport terminal and look up the address, just in case your taxi driver is unfamiliar with the name of your hotel or doesn’t speak great English.  Take a screenshot of the name and address (and maybe even a map) in case you can’t pull it up later. This screenshot will be useful.

Once that step is complete, you’re out in the terminal and ready to choose a taxi to take you into town. There will be a sizable crowd of people inside of the actual airport terminal who are either holding signs, or soliciting you for a taxi. It’s actually best to ignore these people and continue outside of the terminal.

Some of these people aren’t actually licensed taxi drivers, or they just have some other weird side hustle going on that it’s probably easier to avoid.

Once you are out on the curb, there will be a number of taxis already in the street and ready to go. Now comes your big moment. Survey the scene and choose a taxi driver that seems like an OK fit for you and your party. Not like any of them are necessarily bad, but sometimes you just need to rely on your instinct.

Not all taxi cabs in Panama are nice vehicles. If you have a strong vehicle preference, choose a newer car. If not, you’ll be super entertained by the DIY interior enhancements on much of the older and more adventurous vehicles.

Once you choose a taxi driver (who I’m sure will be excited that he won) go ahead and tell him where exactly you are going. If you know the district, or the name of the exact hotel, that would be best. Next, it’s time to agree on price. Try to learn some numbers in Spanish just to make sure there is no miscommunication here.

“Cuánto cuesta ir a mango hotel” translates to “How Much Does it Cost to Go to _______”. You can weed out any con artists with this simple line of Spanish. Anyone who replies with something much above the $33 mark is trying to take you for a ride.

The standard taxi rate into Panama City from Tocumen airport is about $33. Be prepared to have this amount of cash on you to pay for the ride. You will not be able to pay by credit card.

If you are a solo traveler and want to cut costs down, it’s pretty easy to spot other solo travelers inside the airport. You can always ask if they want to share a taxi into town and save yourselves 50% each on the journey. It’s never a bad idea and also a great way to make a friend & potentially take some of the pressure off if it’s your first time traveling solo in a new country.

Expect a small amount of culture assimilation, as with any new place, but especially if it’s your first time in Central America. The buildings may look different, the way that people drive may be different, there might be some things that take getting used to, but don’t fear as tourism is the lifeblood of Panama (aside from the canal, obviously) – and you are going to be safe getting picked up in an airport yellow taxi.

The driver will probably try to give you his card to be contacted later. If you like your taxi driver, you’ve just earned a loyal chauffeur. I’ve had my airport taxi agree to a 5AM call time to get me to Albrook airport the next morning, and he was early with the engine running outside my hotel the next morning.

Hopefully this article has been helpful! If you have any questions, please leave a comment below and we’ll be sure to help you out.

Enjoy your trip to Panama!